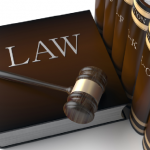 California Penal Code 17(b) allows for certain felonies to be reduced to misdemeanors.  Under Section 17(b), such felonies can be reduced to misdemeanors before or after sentencing.  The timing of a charge reduction can be crucial.  For instance, a domestic violence incident charged as a felony under P.C. 273.5 is a “strike” offense. If the felony 273.5 is reduced to a misdemeanor before a guilty plea is entered, then it is a non-strike. A felony conviction for a violation of Penal Code Section 273.5 can result in a defendant being sentenced to state prison for two to four years. By contrast, misdemeanor convictions commonly involve probation.

Also, reducing a felony to a misdemeanor upon successful completion of probation may be critical to landing a job.  Most businesses are not interested in employing convicted felons. Having felons on the payroll can create insurance liability issues and bad publicity. Having the charge reduced to a misdemeanor and subsequently expunged avoids missed employment opportunities and possible problems when a person decides to “pop the question” to a lady with whom he would like to start a family.

If you’ve been charged with a “wobbler” (a charge that can filed by the DA’s Office as a misdemeanor or a felony), don’t try to have it reduced without the help of an attorney. If the motion is denied by the court, it will likely be a long time before it can be brought again. In such a situation, the cost of an experienced criminal lawyer is a wise investment when the quality of your life can be so drastically impacted.