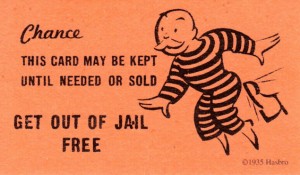 Commonly, it is the supposed “victim” in a domestic violence case who seeks out a lawyer to represent her husband or boyfriend. And the assertion presented in the above title is often one of the first things she tells the attorney she has just hired.

Firstly, be advised that a person in this type of situation is far from uncommon. In fact, the prosecutors are expecting you to not want to cooperate. A few years ago, an assistant D.A. in Orange County told this author that around 70% of women beating victims will request that the charges against the alleged batterer be dropped. Therefore, if you have already been lectured and given a hard time by the cops or prosecutors, it is because they are used to dealing with victims who don’t want to help them.

In my experience, the most common reasons girlfriends and wives regret the police having gotten involved is that they financially rely upon the person facing the domestic violence charges, or they believe they played a large part in starting the fight themselves.

Secondly, the answer to what is likely your next question is: Yes, you have to appear in court if you have received a subpoena. A subpoena is a court order.

What are they going to do when you get to court? Probably have you ordered back to return (by the judge) at a future date, check you out (to see what you look like, your demeanor/personality), and try to get you to say something about the domestic violence incident that they can record (to use in case you change your story about getting hit, later).

Thirdly, you should know that they will likely tell you that you can be arrested and put in jail if you fail to show up next time. Will they do that (in California)? Probably not, unless the defendant in your case has been arrested for this type of thing before, a gun was involved, or you were seriously hurt. They may, however, send police out to your home to pester or “escort” you on the day of the next court date.

And finally, you should know that if you plan on changing your story at trial (I lied because I was jealous!. I overreacted! I don’t remember anymore, etc. etc.), the prosecutor will put police officers on the stand who will testify about what you said and looked like when they arrived.. Also, if you made a call to the police, it was recorded and will probably be played for the jurors.

If you have further questions about your boyfriend’s or husband’s situation, contact an experienced attorney. Good criminal defense lawyers see plenty of DV cases, and are practiced at obtaining good outcomes for the guy who the girl wishes had never been arrested.